Bandwidth Bottleneck Coming to an End? 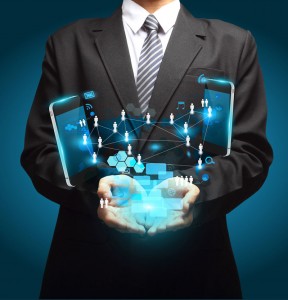 It is predicted that by 2017, there will be around 268 billion app downloads. The average person already uses 26 different apps per month. This growth is clearly driven by the younger work force, who use their mobile devices and tablets for both work and play. All of these apps use a lot of data, and so there is a problem on the horizon: all of this data use will lead to pervasive network strain, which will in turn result in performance problems in both apps and network-based services. This data overload creates frustration in both users and providers. App users will simply delete apps that do not perform well. This means fewer customers for Telcos and app providers.

The Data Challenge for Telcos

Therefore, Telcos have a challenge in front of them: invent new ways to improve user experience by making them more data efficient and scalable. The question on a lot of IT experts’ minds is: is it finally time for Telcos and app providers to work together to unclog the bandwidth bottleneck? The answer is still unclear, but intelligent data distribution is one solution everyone can agree on at the moment, i.e. Telcos can optimize their current network assets while app developers work to design more apps that use less data.

The Importance of Wide Area Networks Within Telcos

In order to stay sustainable, Telcos need to offer more in connectivity. A solid Wide Area Network (WAN) is essential in accelerating applications and keeping traffic separate. It is also critical for day to day business operations; it both reduces operating costs and provides a level of predictability for system performance. Wide Area Networks consolidate costly tools, such as printers, phone lines, file storage, bandwidth, and security, because these items do not have to be purchased for each individual computer. Telcos are also learning that not taking advantage of Multi Protocol Label Switching (MPLS) is putting their business at a competitive disadvantage. Telcos need to be able to interconnect multiple locations and ensure the highest level of data connectivity performance between multiple locations. Equally important for Telcos is the advent of Ethernet over Copper (EoC). For small to medium businesses, EoC can gain greater bandwidth and flexibility in order to support various IP-based applications, including disaster recovery, Cloud, and IP voice services.

Consumers will ultimately drive Telco and app developers’ transformations. If Telcos and app developers do not address the bandwidth bottleneck, app users will quickly become frustrated. The initial shock will fall to the app providers – users will not go to Telco providers when an app does not work to their liking; they will simply delete the problem application(s). But, ultimately, everybody loses if the bottleneck remains. Eventually consumers will be able to see a data rating for each app in the app store. And, if users stop downloading certain apps, both Telcos and app providers will lose revenue. Consequently, users can expect more streamlined apps from providers and more efficient networks from Telcos in the future. For more information on the future of applications, contact your trusted Telco service provider today.